On Tuesday, Meghan Markle celebrated her one-month royal wedding anniversary (can you believe it’s already been a whole month??) in the most noble way imaginable: by wearing her most British hat yet at the very fancy Royal Ascot horse race with her husband, Prince Harry, and basically his entire extended family.

Meghan, as you’ll recall, is American — specifically, Californian — by birth and is still in the process of becoming British by marriage, as she purportedly recently applied for a U.K. visa. She’s still new to the whole elaborate-hat thing that the British aristocracy covets.

So far we’ve seen her in subtle berets (at royal church services, mostly, though she also wore an American-esque floppy hat one time, oops) as well as chic hats from top milliner Philip Treacy at two royal events over the past month. This weekend, she took her British hat-wearing to the next level when she wore an actual fascinator to a wedding. 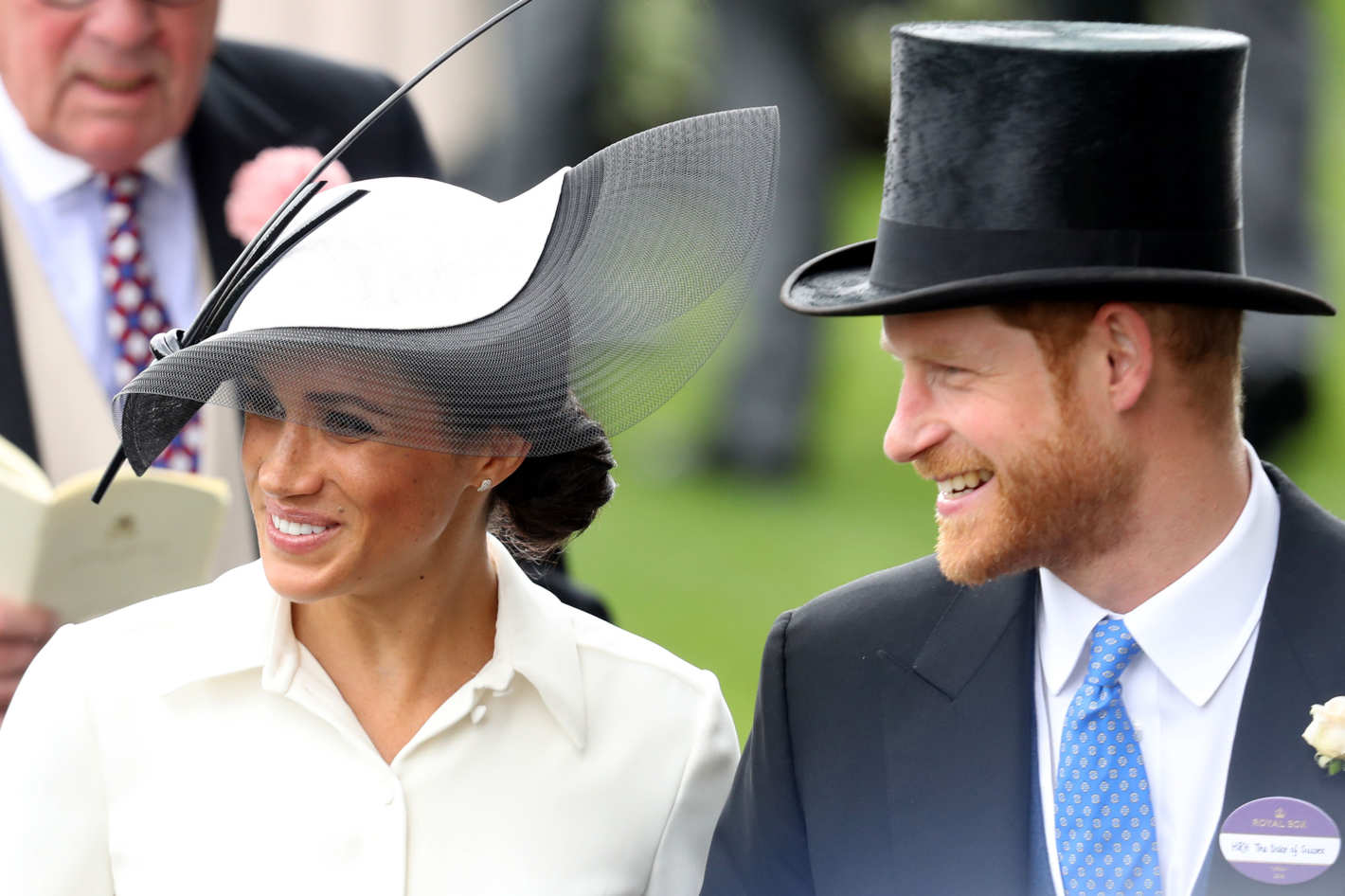 And on Tuesday, her British-looking hat transformation seemed to be complete, as Meghan was spotted at the Royal Ascot in a modern-ish, sculptural black-and-white hat with a translucent trim. If you wanted to liken the hat to a building (maybe you are into architecture?), we’d say it looks like a British hat version on the Sydney Opera House.

Meghan’s horse race hat was also designed by Philip Treacy, but her actual outfit was not made by a British brand — instead, her white dress is from from the house of Givenchy, which notably designed her royal wedding dress and road-trip-with-the-queen attire. However, the house is led by the U.K.-born designer Clare Waight Keller, so it’s still pretty British if you think about it.

It’s been a true honor witnessing this transformation.

Woman prints off photos of ‘all the girls’ husband has liked...

Staff - February 14, 2021 0
A wife has revealed how she’s got her husband the most savage Valentine’s gift of all time – prints of all the women's photos...
World Headlines

Staff - April 13, 2020 0
French President Emmanuel Macron on Monday announced he was extending a virtual lockdown to curb the coronavirus outbreak until May 11, adding that progress...
Science

Staff - March 19, 2021 0
As winter approaches, international hydrologists have issued a timely reminder about building on intermittent or seasonal non-perennial rivers and streams. Dry for most of the...
World Headlines

This is why Meghan Markle wears shoes that are too big

Staff - June 25, 2018 0
Meghan Markle Always Wears Shoes That Are Too Big, And You’ll Never Guess Why!. During her appearance at her first-ever Royal Ascot, the Duchess of...
World Headlines

Staff - January 2, 2018 0
Ice, snow and frigid temperatures turn Niagara Falls into a majestic sight. The famous Horseshoe Falls turns over 681,750 gallons of water every second, according...