A new species of venomous snake has been discovered in Australia.

In a twist on the script, the snake may be in much more danger from humans than we are from it.

Researchers from the University of Queensland found the small nocturnal burrowing snake along the western coast of the Cape York Peninsula. The snake had wriggled out from a pile of bauxite rubble that was set to be loaded onto a ship. The snake looked different from other bandy-bandies and proved to be genetically distinct as well.

The biologists traced the snake’s origins to near the mining town of Weipa in Queensland and have now uncovered five observations of the snake in its natural habitat and in museum collections. The university says the reptile “may already be in danger of extinction due to mining.”

“Bauxite mining is a major economic activity in the region, and it may be reshaping the environment to the detriment of native plants and animals,” said University of Queensland biologist Bryan Fry.

Researchers have been studying snake venom as a source for new medications. “Every species is precious and we need to protect them all, since we can’t predict where the next wonder drug will come from,” says Fry.

While bandy-bandy snakes are venomous, they don’t pose a big threat to people. “The venom of this species is poorly known. One case of snake-bite with moderately severe local symptoms has been reported,” says the Queensland Museum.

The researchers published a description of the new snake species in the journal Zootaxa on Monday. 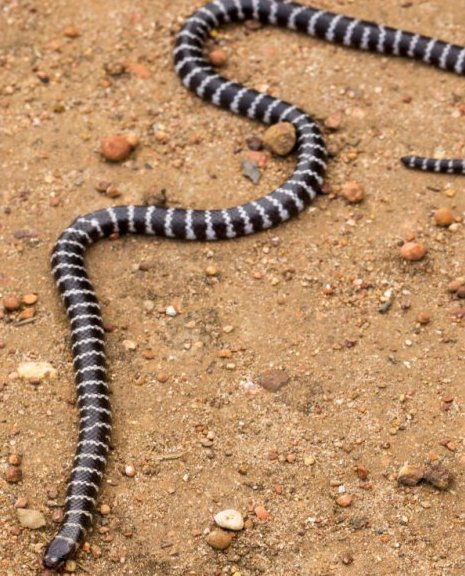 Staff - May 6, 2017 0
An Image of a Girl Scout Facing Down a Neo-Nazi Has Become the Latest Viral Protest Picture. If courage, tenacity and general badass-ness are not...
Science

Woman paralysed from doing a sit-ups at the gym (Picture)

Staff - February 21, 2018 1
Brazilian Woman paralysed from neck down after breaking back doing Sit-ups in the gym. Marcelle Mancuso, 23, fell off the equipment onto her neck and...
World Headlines

Staff - March 23, 2019 0
South Surrey mother Lisa Batstone has been found guilty of second-degree murder in connection with the December 2014 smothering death of her eight-year-old daughter,...