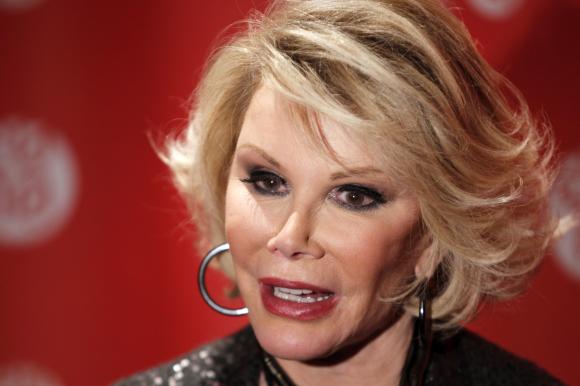 Broadway theaters will dim their marquee lights on Tuesday evening for one minute in memory of the late Tony-nominated comedian Joan Rivers, after theater executives reversed a decision that Rivers did not meet the criteria for the honor.

Rivers, who died last week at the age of 81, was initially excluded from the honor because she had not acted on Broadway in 20 years.

“Due to the outpouring of love and respect for Joan Rivers from our community and from her friends and fans worldwide, the marquees of Broadway theaters in New York will be dimmed in her memory tonight, at exactly 6:45pm for one minute,” she said in an email.

After the initial decision, Off-Broadway producer Tom D’Angora started an online petition urging the Broadway League to change its decision. He collected more than 4,400 signatures.

Brooklyn-born Rivers, known for her brash style and the catchphrase, “Can we talk?,” died last Thursday at a New York hospital after she stopped breathing during a procedure at a medical clinic.

Rivers, who had a long career as a stand-up comedian, TV host, author and reality star, was nominated for a best actress Tony for 1994’s “Sally Marr … and Her Escorts,” which she wrote.

She also wrote and appeared in the comedy play “Fun City” in the early 1970s, and more than a decade later in the comedy “Broadway Bound.”

Staff - December 31, 2017 0
Thai Fraudster Gets 13,275 Years Jail Time for Ponzi Scheme. Pudit Kittithradilok, 34, had tricked thousands of victims into paying into his bogus scheme, which...
Science

Staff - October 17, 2018 0
Reidite Found in Australia: world's rarest minerals hidden away inside a 300 million-year-old meteorite crater. Known as reidite, it's the first time the material has...
World Headlines

Greek wildfire death toll climbs to 91 as investigation points toward...

Staff - August 4, 2018 0
The death toll from wildfires that swept through a seaside area of Greece last week rose to 91 on Sunday and officials said 25...
World Headlines

Staff - March 15, 2019 0
Scientists have demonstrated time reversal in a quantum computer, returning three qubits (the basic unit of quantum information) to their state a fraction of...