A mother astonished doctors when she gave birth to India’s second ever ‘mermaid baby’ but sadly lost it just four hours later.

The unnamed baby, whose sex was unclear due to its underdeveloped pelvis and fused legs, suffered from a rare condition known as sirenomelia or ‘mermaid syndrome’.

Sirenomelia is an extremely rare congenital developmental disorder characterized by anomalies of the lower spine and the lower limbs. Affected infants are born with partial or complete fusion of the legs.

Additional malformations may also occur including genitourinary abnormalities, gastrointestinal abnormalities, anomalies of the lumbarsacral spine and pelvis and absence or underdevelopment (agenesis) of one or both kidneys. Affected infants may have one foot, no feet or both feet, which may be rotated externally. The tailbone is usually absent and the sacrum is partially or completely absent as well.

Additional conditions may occur with sirenomelia including imperforate anus, spina bifida, and heart (cardiac) malformations. Sirenomelia is often fatal during the newborn period. The exact cause of sirenomelia is unknown, most cases occur randomly for no apparent reason (sporadically).

Murskura Bibi, 23, gave birth naturally on Wednesday in Kolkata in eastern India, but had been unable to afford any scans during her pregnancy.

As a result, she only learnt about her child’s condition after she gave birth.

The parents are a labour couple and had not sought proper medication during pregnancy due to lack of money.

Lack of proper nutrition and improper blood cirulation to the baby from mother can create this kind of abnormality.

The doctor said he had never seen such a baby before, being only the second in the country.

This is only the first case in the state and the second in the country.

The baby had normal formation in upper part of the body but below the waist its legs were fused together. The lower part was not developed completely.

We learnt the mother had not undergone ultrasound sonography throughout gestation.

Sirenomelia, the proper name for mermaid syndrome, is incredibly rare, and there are currently no known survivors of the condition to date.

There are apparently numerous complications which come from the condition, including bladder and gastrointestinal complications.

Sirenomelia is extremely fatal. There are no accounts of anyone with this condition surviving in the past.

Most died within days of being born due to kidney failure and bladder failure.

It’s not clear where the condition stems from. 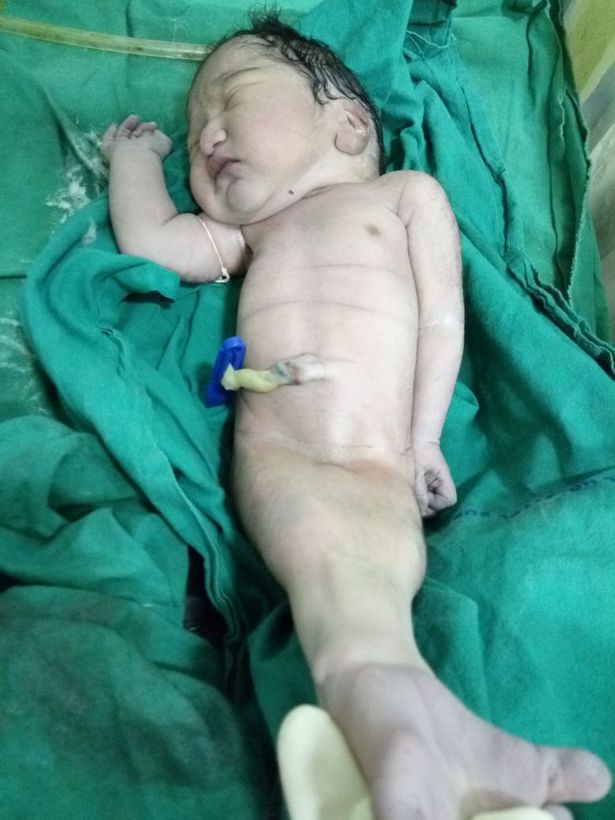 Contaminated chicken: 97% of raw chicken found to be potentially dangerous

Johnson and Johnson vaccine and rare blood clots: What you need to know

Why is Johnson and Johnson vaccine on hold?

Reuters: Health News - November 10, 2015 0
The U.S. Food and Drug Administration has for the first time authorized the sale of a tobacco product that it says will not significantly harm the health of the population as a whole.Stockholm-based Swedish Match can sell eight new products of a smo...
Entertainment

Allison Janney Oscar Speech: ‘I Did It All By Myself.’ (Watch)

Staff - March 5, 2018 0
Allison Janney could have ended her acceptance speech for Best Supporting Actress at the 90th Academy Awards after her opening line, and audiences would...
World Headlines

4,400 tomb discovered in a pyramid complex

Staff - December 17, 2018 0
Egyptian archaeologists have discovered the tomb of a priest decorated with hieroglyphs and statues dating back more than 4,400 years in a pyramid complex. The...
World Headlines

Staff - September 25, 2018 0
The UK government has admitted “there could be disruption to some flights” should the EU not grant UK carriers permission to operate following a...